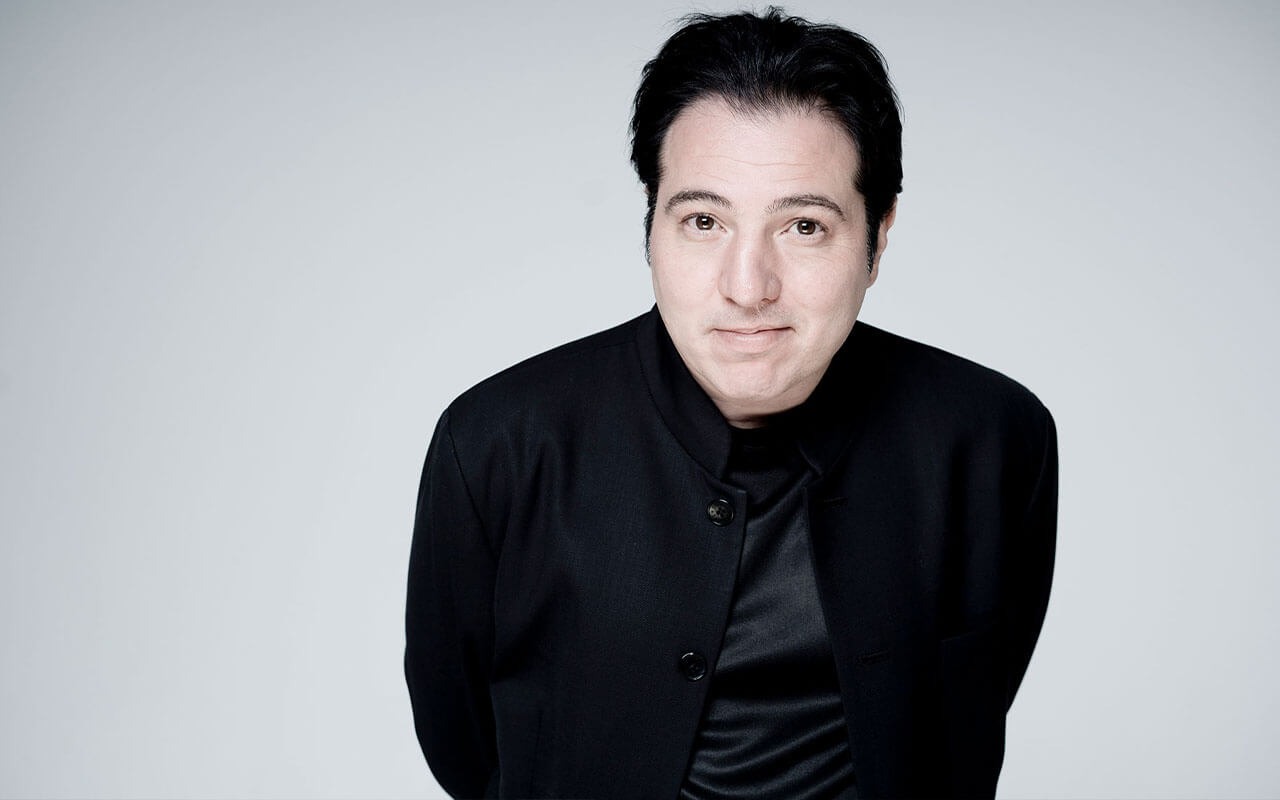 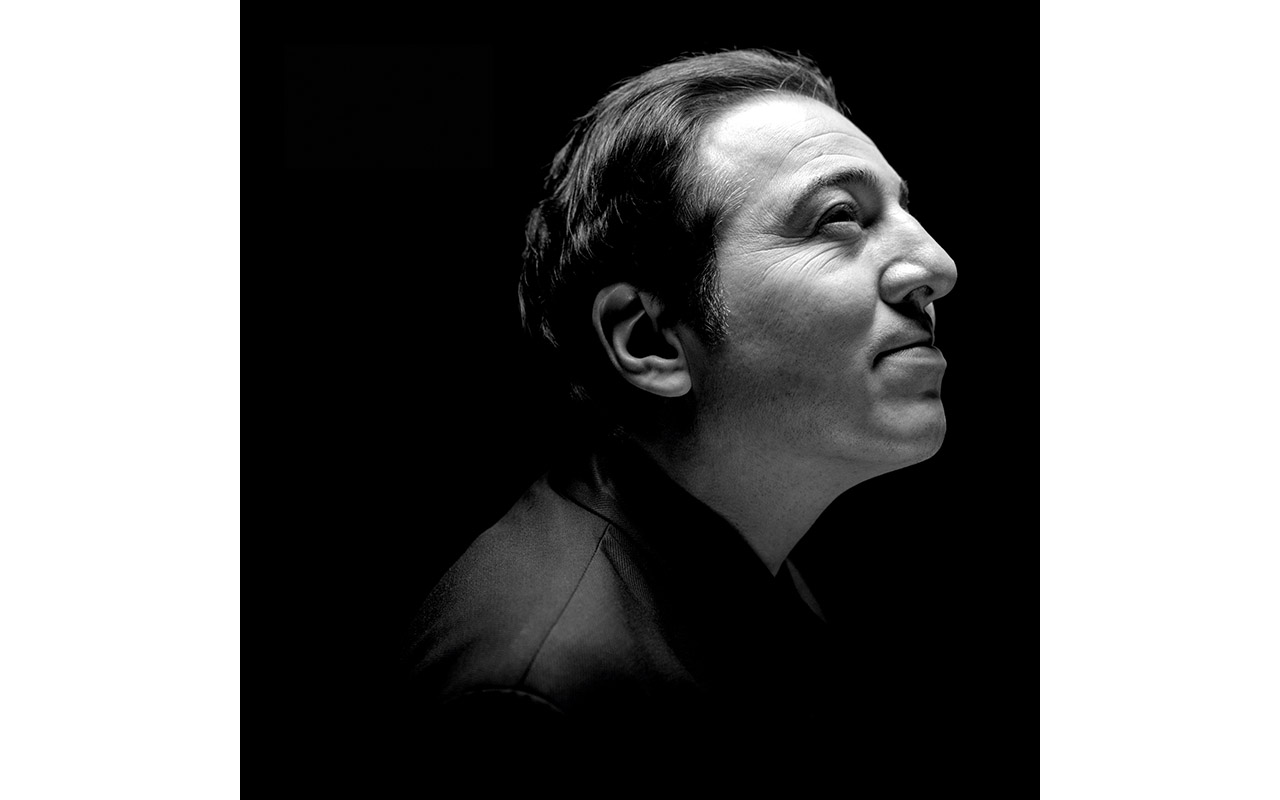 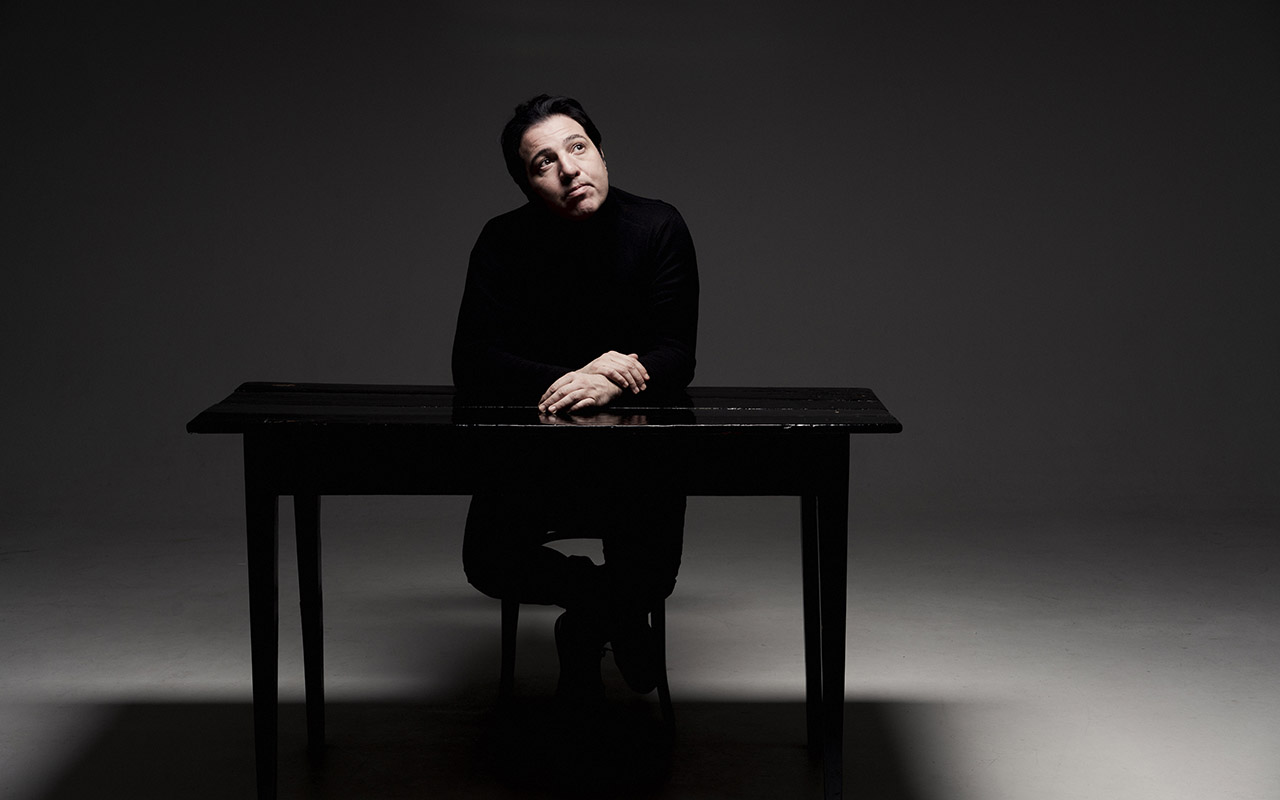 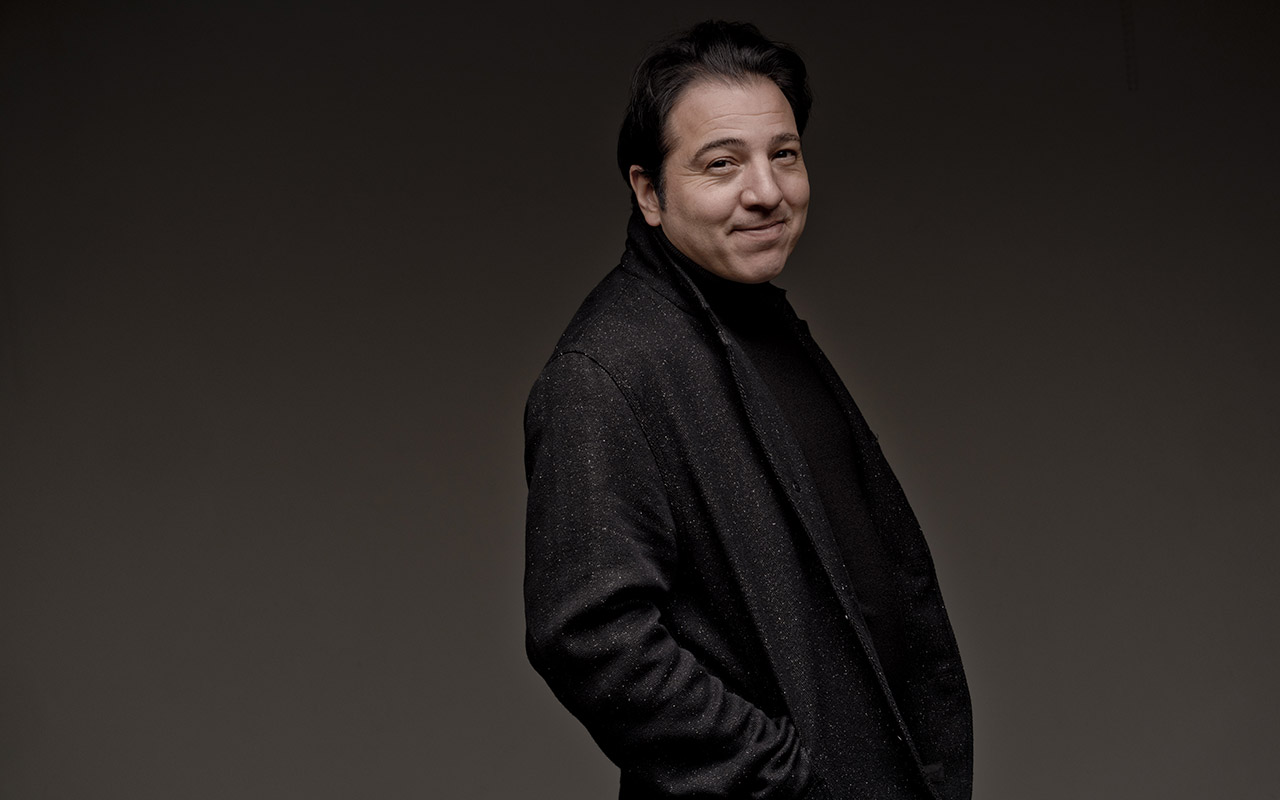 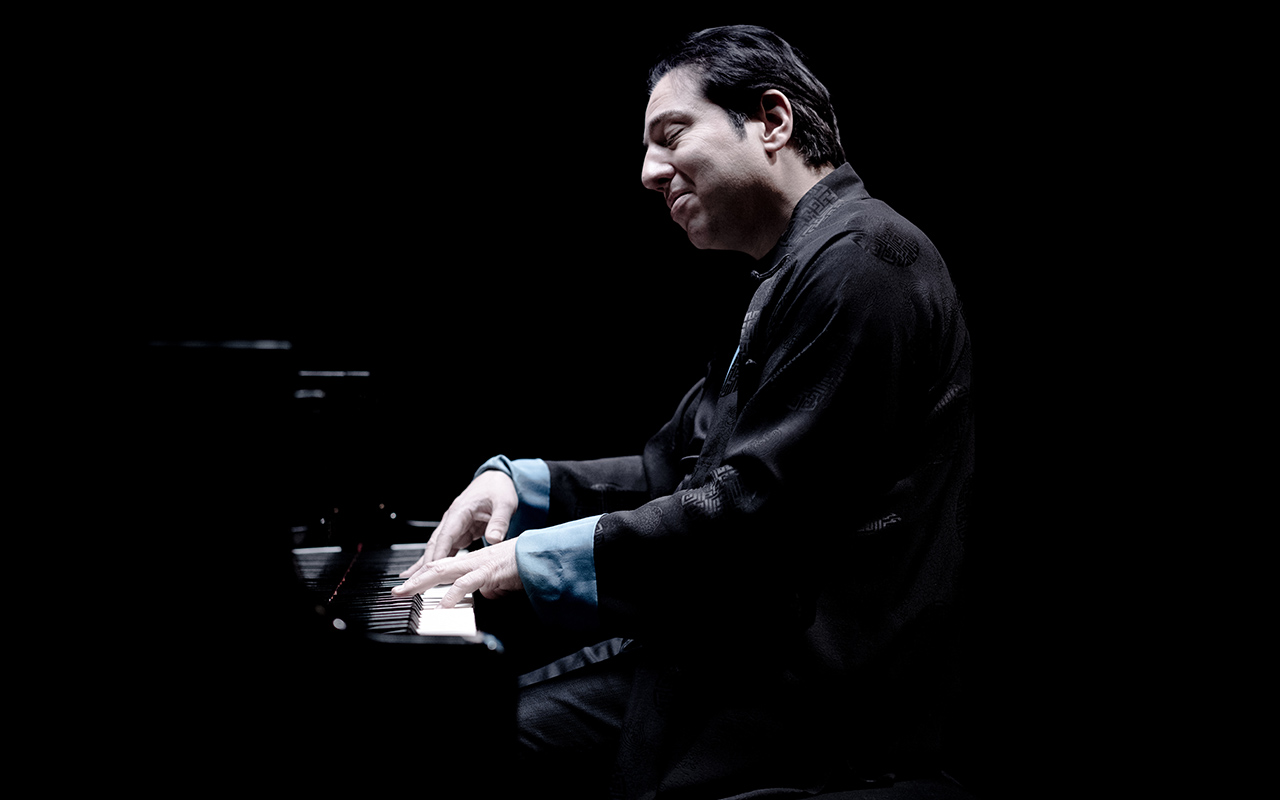 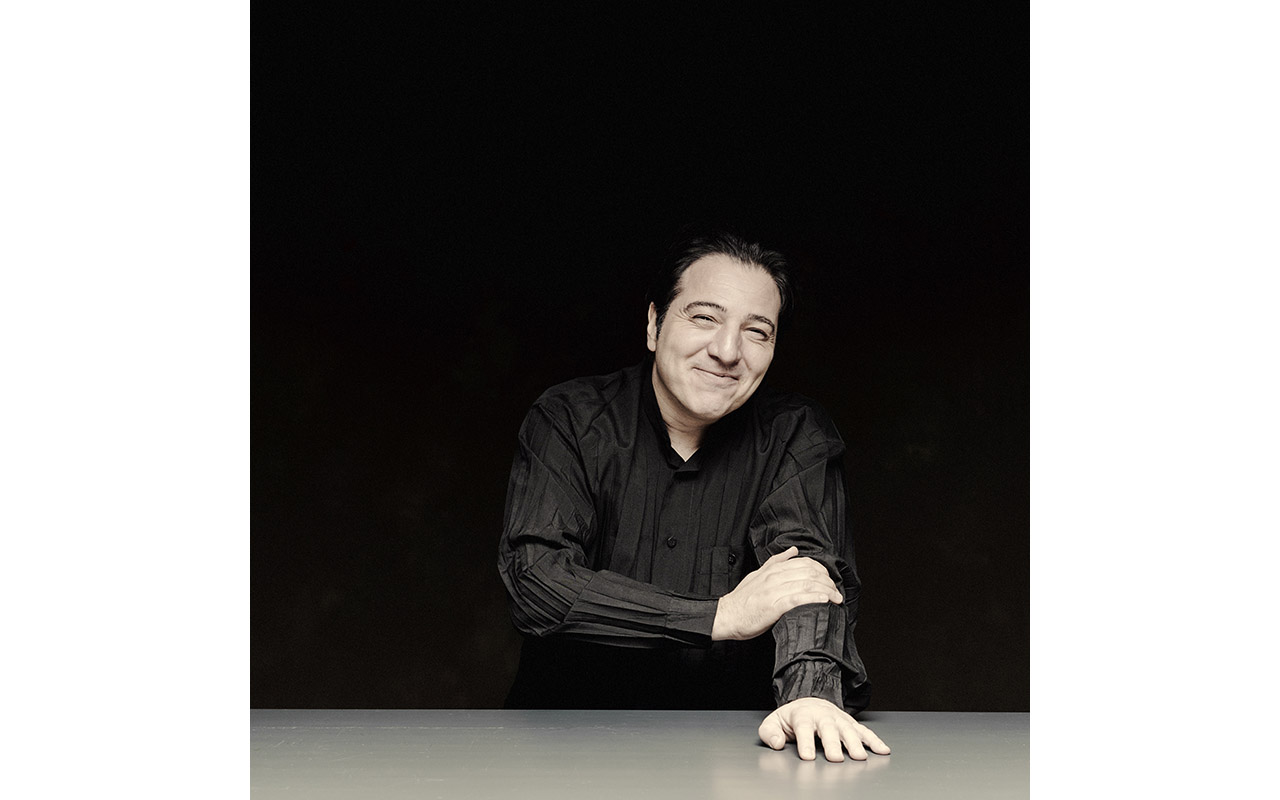 With his extraordinary pianistic talents, Fazıl Say has been touching audiences and critics alike for more than twenty-five years, in a way that has become rare in the increasingly materialistic and elaborately organised classical music world. Concerts with this artist are something different. They are more direct, more open, more exciting; in short, they go straight to the heart. Which is exactly what the composer Aribert Reimann thought in 1986 when, during a visit to Ankara, he had the opportunity, more or less by chance, to appreciate the playing of the sixteen-year-old pianist. He immediately asked the American pianist David Levine, who was accompanying him on the trip, to come to the city’s conservatory, using the now much-quoted words: ‘You absolutely must hear him, this boy plays like a devil.’

Fazıl Say had his first piano lessons from Mithat Fenmen, who had himself studied with Alfred Cortot in Paris. Perhaps sensing just how talented his pupil was, Fenmen asked the boy to improvise every day on themes to do with his daily life before going on to complete his essential piano exercises and studies. This contact with free creative processes and forms is seen as the source of the immense improvisatory talent and the aesthetic outlook that make Fazıl Say the pianist and composer he is today. He has been commissioned to write music for, among others, the Salzburger Festspiele, the WDR and the Schleswig-Holstein Musik Festival, the Festspiele Mecklenburg-Vorpommern, the Konzerthaus Wien, the Dresdner Philharmonie, the Louis Vuitton Foundation, the Orpheus Chamber Orchestra and the BBC. His oeuvre includes four symphonies, two oratorios, various solo concertos and numerous works for piano and chamber music.

From 1987 onwards, Fazıl Say fine-tuned his skills as a classical pianist with David Levine, first at the Musikhochschule “Robert Schumann” in Düsseldorf and later in Berlin. In addition, he regularly attended master classes with Menahem Pressler. His outstanding technique very quickly enabled him to master the so-called warhorses of the repertoire with masterful ease. It is precisely this blend of refinement (in Bach, Haydn and Mozart) and virtuoso brilliance in the works of Liszt, Mussorgsky and Beethoven that gained him victory at the Young Concert Artists international competition in New York in 1994.

Guest appearances have taken Fazıl Say to countless countries on all five continents; the French newspaper “Le Figaro” called him ‘a genius’. He also performs chamber music regularly: since many years he has been part of a fantastic duo with the violinist Patricia Kopatchinskaja. Other notable collaborators include Maxim Vengerov, the Minetti Quartet, Nicolas Altstaedt and Marianne Crebassa.

In December 2016, Fazıl Say was awarded the International Beethoven Prize for Human Rights, Peace, Freedom, Poverty Reduction and Inclusion, in Bonn. In autumn 2017 he was awarded the Music Prize of the city of Duisburg.

His recordings of works by Bach, Mozart, Beethoven, Gershwin and Stravinsky with Teldec Classics as well as Mussorgsky, Beethoven and his own works with the label naïve have been highly praised by critics and have won several prizes, including three ECHO Klassik Awards. In 2014, his recording of Beethoven’s piano concerto No. 3 (with hr-Sinfonieorchester Frankfurt / Gianandrea Noseda) and Beethoven’s sonatas op. 111 and op. 27/2 Moonlight was released, as well as the CD ‘Say plays Say’, featuring his compositions for piano. Since 2016 Fazıl Say has been an exclusive Warner Classics artist. In autumn 2016, his recording of all of Mozart’s sonatas was released on that label, for which in 2017 Fazıl Say received his fourth ECHO Klassik award. Together with Nicolas Altstaedt, he recorded the album “4 Cities” (2017). In autumn 2017 Warner Classics released Frédéric Chopin’s Nocturnes and the album “Secrets” with French songs, which he recorded together with Marianne Crebassa and which won the Gramophone Classical Music Award in 2018. His 2018 album is dedicated to Debussy and Satie, whilst with his most recent recording “Troy Sonata – Fazıl Say Plays Say” he presents only his own works. In January 2020 Fazıl Say’s recording of all Beethoven’s Sonatas was released by Warner Classics.