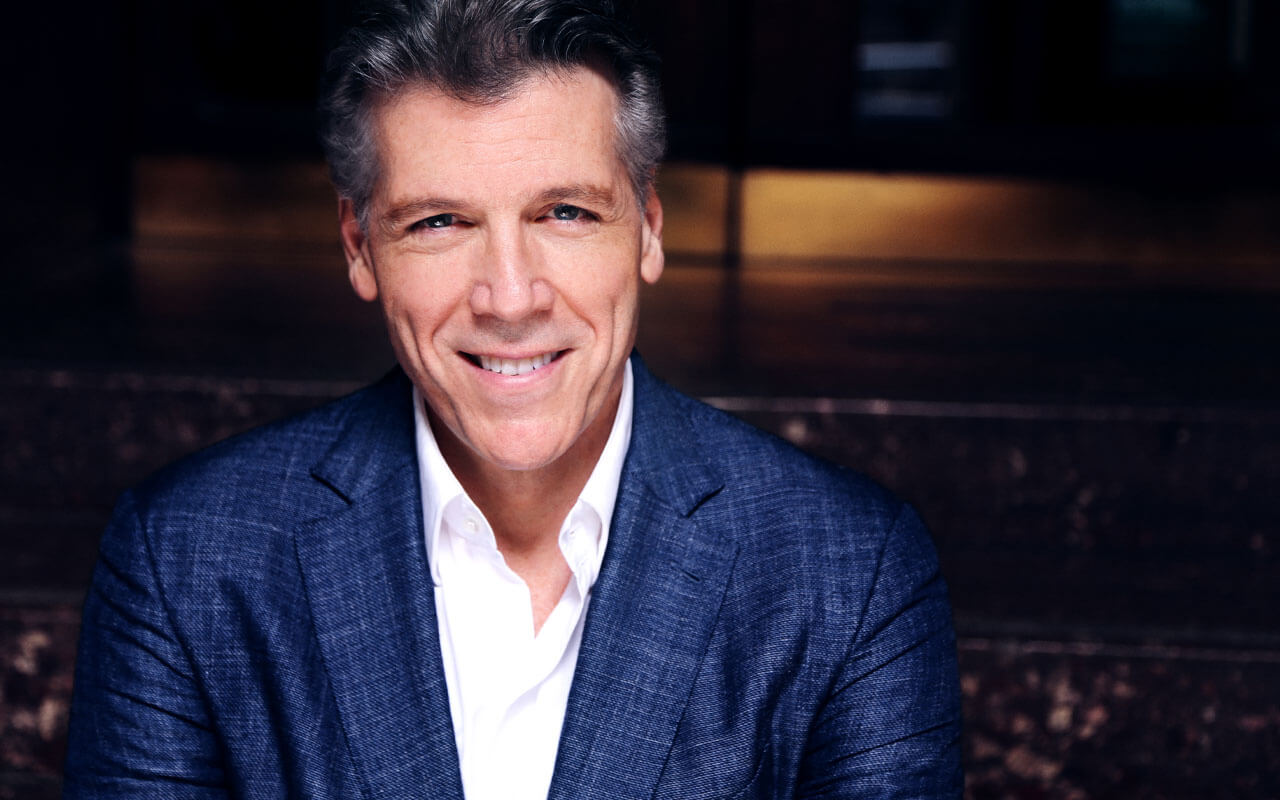 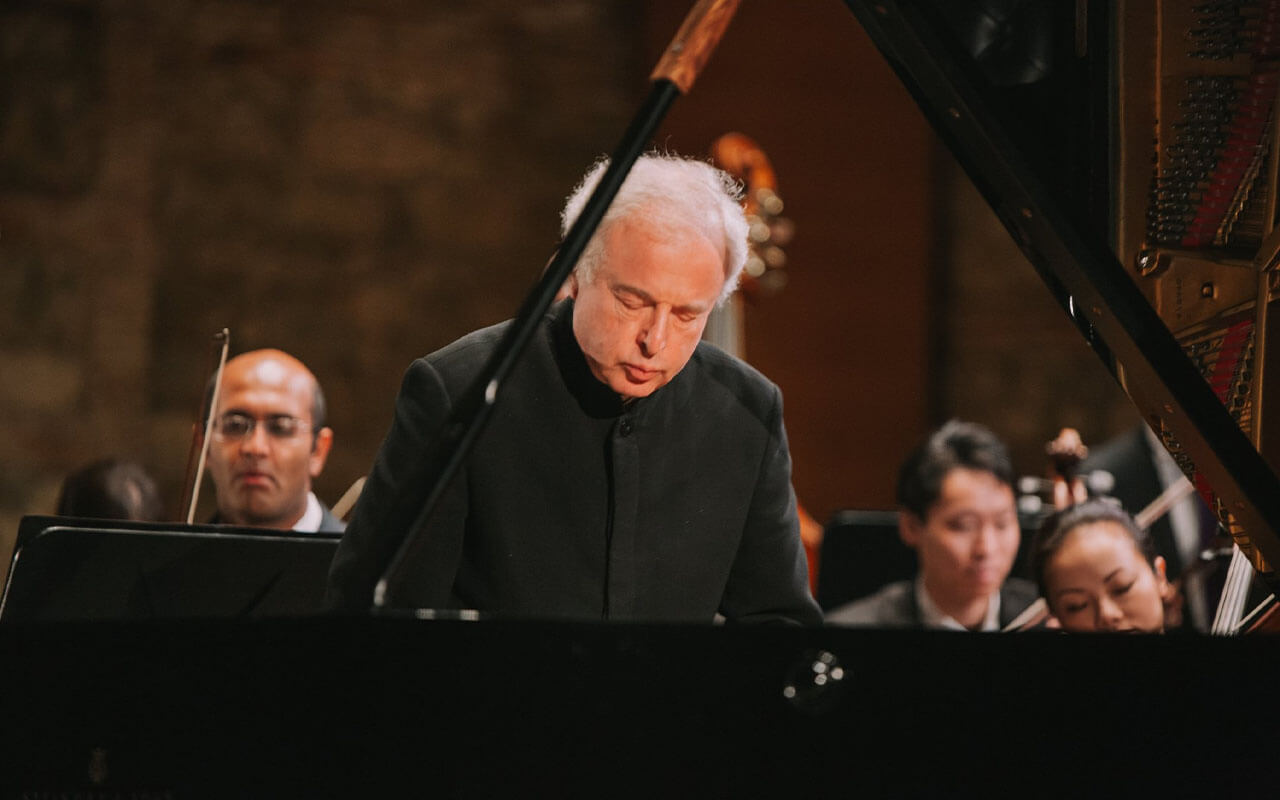 Thomas Hampson, America’s foremost baritone, has received international honors and awards for his captivating artistry and cultural leadership. Lauded as a Metropolitan Opera Guild “Met Mastersinger” and inducted into both the American Academy of Arts and Sciences and Gramophone’s “Hall of Fame,” Hampson is one of the most respected and innovative musicians of our time. With an operatic repertoire of over 80 roles sung in all the major theaters of the world, his discography comprises more than 170 albums, which include multiple nominations and winners of the Grammy Award, Edison Award, and the Grand Prix du Disque. He received the 2009 Distinguished Artistic Leadership Award from the Atlantic Council in Washington, DC, and was appointed the New York Philharmonic’s first-ever Artist-in-Residence. In 2010, he was honored with a Living Legend Award by the Library of Congress, where he has served as Special Advisor to the Study and Performance of Music in America. Furthermore, he has received the famed Concertgebouw Prize.

Highlights of Hampson’s seasons included his return to the Wiener Staatsoper in his signature role of Giorgio Germont in Verdi’s “La Traviata”, and to Teatro alla Scala for a role debut, Altair in Strauss’ “Die ägyptische Helena”. In future seasons, at Opernhaus Zürich, he will create the role of Jan Vermeer in the world premiere of Stefan Wirth’s “Girl with a Pearl Earring”.

Notable engagements on the concert stage include opening the Oslo Philharmonic’s season in August 2020 with their new Chief Conductor, Klaus Mäkelä and performing at Vilnius Festival in Spring 2021.  Hampson also takes part in the Gewandhausorchester’s Mahler Festival, appearing in recital with pianist Wolfram Rieger, and performing Mahler’s Rückert Lieder with Daniel Harding and the Wiener Philharmoniker. He appears on tour with Dennis Russel Davies and the MDR Leipzig in the Philharmonie Berlin and Elbphilharmonie, Hamburg. Hampson also takes his “No Tenors Allowed” programme to the Carmen Wüerth Forum, with bass-baritone Luca Pisaroni. In the Pierre Boulez Saal he begins his return as Artistic Curator for the “Schubert Week” at the Barenboim-Said Academy in Berlin.

Sir András Schiff is world-renowned as a pianist, conductor, pedagogue and lecturer.  Music critics and audiences alike continue to be inspired by the masterful and intellectual approach he brings to each masterpiece he performs. Born in Budapest, Hungary in 1953, Sir András studied piano at the Liszt Ferenc Academy with Pál Kadosa, György Kurtág and Ferenc Rados; and in London with George Malcom. Recitals and special cycles, including the complete works of Bach, Haydn, Beethoven, Schubert and Bartók constitute an important component of his work. Having collaborated with the world’s leading orchestras and conductors, he now focuses primarily on solo recitals, play-conducting appearances, and exclusive conducting projects.

During his fall 2019 tour of North America, Sir András conducted and played with the Boston Symphony Orchestra and the Orchestre Symphonique de Montreal, pairing concerti by Bach, Beethoven and Haydn with Brahms’ “Variations on a theme by Haydn” and Bartok’s “Dance Suite”. He was joined by violinist Yuuko Shiokawa for an all-Mozart program opening New York’s 92nd Street Y season.

Vicenza is home to Cappella Andrea Barca – his own chamber orchestra consisting of international soloists, chamber musicians and friends founded in 1999.  Together they have appeared at Carnegie Hall, the Lucerne Festival and the Salzburg Mozartwoche. Forthcoming projects include a tour of Asia and a cycle of Bach’s keyboard concertos in Europe.

Sir András enjoys close relationships with the Chamber Orchestra of Europe, the Budapest Festival Orchestra, and the Orchestra of the Age of Enlightenment.  In 2018 he accepted the role of Associate Artist with the OAE, complementing his interest in performing on period keyboard instruments.

He has established a prolific discography and since 1997 has been an exclusive artist for ECM New Series and its producer, Manfred Eicher. Highlights have included the complete Beethoven Piano Sonatas recorded live in Zurich, solo recitals of Schubert, Schumann and Janacek, as well as J.S. Bach’s Partitas, Goldberg Variations and Well-Tempered Clavier.  His most recent two disc set of Schubert Sonatas and Impromptus were released in spring of 2019.