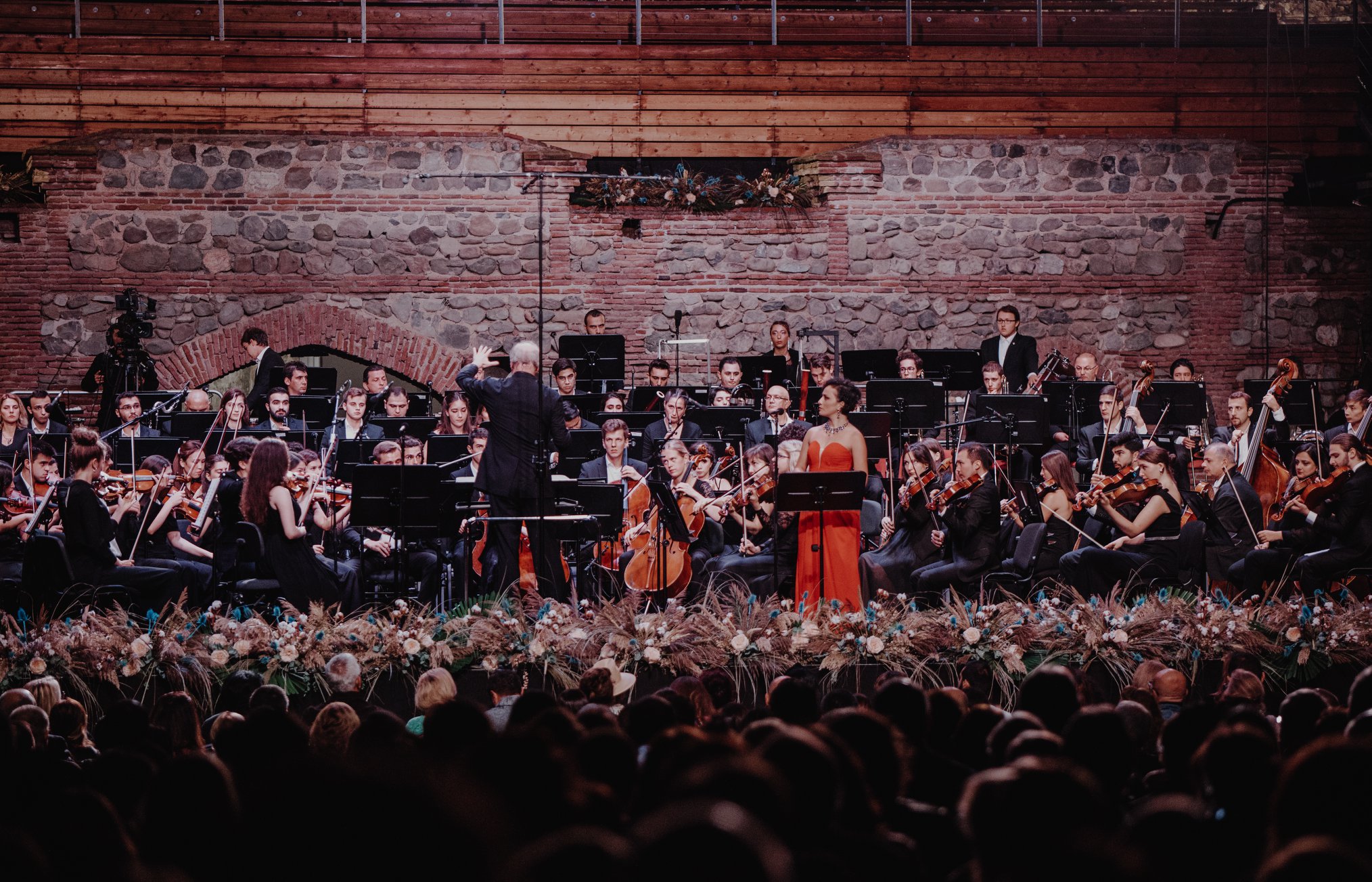 Despite the challenges posed by the global pandemic, the Festival has been presented every September since its founding.

Founded in 2019, The Tsinandali Festival has presented major international musicians in the historic Tsinandali Estate situated in the heart of Georgia’s wine country. Despite the challenges posed by the global pandemic, the Festival has been presented every September since its founding.

One of the major initiatives from the inaugural Festival was the founding of the Pan-Caucasian Youth Orchestra that brought together over 80 young musicians from across the region: Armenia, Azerbaijan, Georgia, Kazakhstan, Turkey & Ukraine. Often coming from countries that have a long history of tensions and disputes, these musicians came together to rehearse and perform on the Tsinandali estate. Thanks to support from the Ministry of Culture, Sport and Youth of Georgia and the Swiss and Norwegian embassies in Georgia, the Pan-Caucasian Youth Orchestra return to the Festival this year for the first time since the outbreak of the Covid pandemic.

The PCYO open the Festival on 2 September with Oksana Lyniv (first woman to conduct at Bayreuth and as music director of the Bologna opera house the first woman to hold such a position at an Italian opera house) conducting the orchestra with pianist Mao Fujita in a programme of Brahms’ first Piano Concerto and Beethoven’s seventh symphony. They perform in three additional concerts during the Festival under maestros Charles Dutoit, Pablo Heras-Casado and Vasily Petrenko.

The theme of supporting the next generation of musicians is further enhanced by masterclasses given by visiting international soloists and a special concert presented in partnership with Georgian violinist Lisa Batiashvili’s foundation of young musicians mentored by her on 11 September.

Over the 10 days of the Festival a host of international musicians will perform together in differing combinations in lunchtime and evening concerts in the two venues built for the inaugural Festival. All programmes and artists have been created by the Festival’s joint Founders & Artistic Directors Martin Engstroem and Avi Shoshani.

Gabriadze Theatre, the leading theatre company specialising in puppet performance, makes its Tsinandali Festival debut with the times classic The Autumn of My Springtime.

“We are delighted that the Tsinandali Festival continues its unbroken run of annual editions and to bring back the Pan-Caucasian Youth Orchestra. As the region faces the Russian invasion and occupation of neighbouring Ukraine this Orchestra is needed more than ever. By bringing together these young musicians from across the region, the Orchestra fosters understanding and dialogue – and perhaps most importantly of all the ability to listen to others and perform as a cohesive cohort. We remain indebted to George Ramishvili and the team at Tsinandali who have never swerved from their commitment to the Festival and its ideals.”

George Ramishvili, Chairman of the Silk Road Group & Chairman and Founder of the Tsinandali Festival comments:

“The work of the Pan Caucasian Youth Orchestra is more vital and necessary than ever before. As Georgians we know better than anyone what it is like to live under occupation. The Orchestra’s founding ideal is that the best way to prevent war is dialogue. The impact that the PCYO delivers has now been recognised internationally by the support of the Swiss and Norwegian embassies in Georgia in helping us ensure that the PCYO returns this year at a time when its work is more essential than ever. This support also includes the Georgian Ministry of Culture who join with all of us at the Tsinandali Festival in hoping that the international cooperation that is exemplified by the PCYO is replicated in other countries.”

“The historic estate of Tsinandali has become a centre for cultural exchange and the gathering of human and intellectual capital. United by music and a common understanding of the power of the arts, Tsinandali is where people – especially young people – from all cultures participate in open exchanges in a dynamic and free environment.”