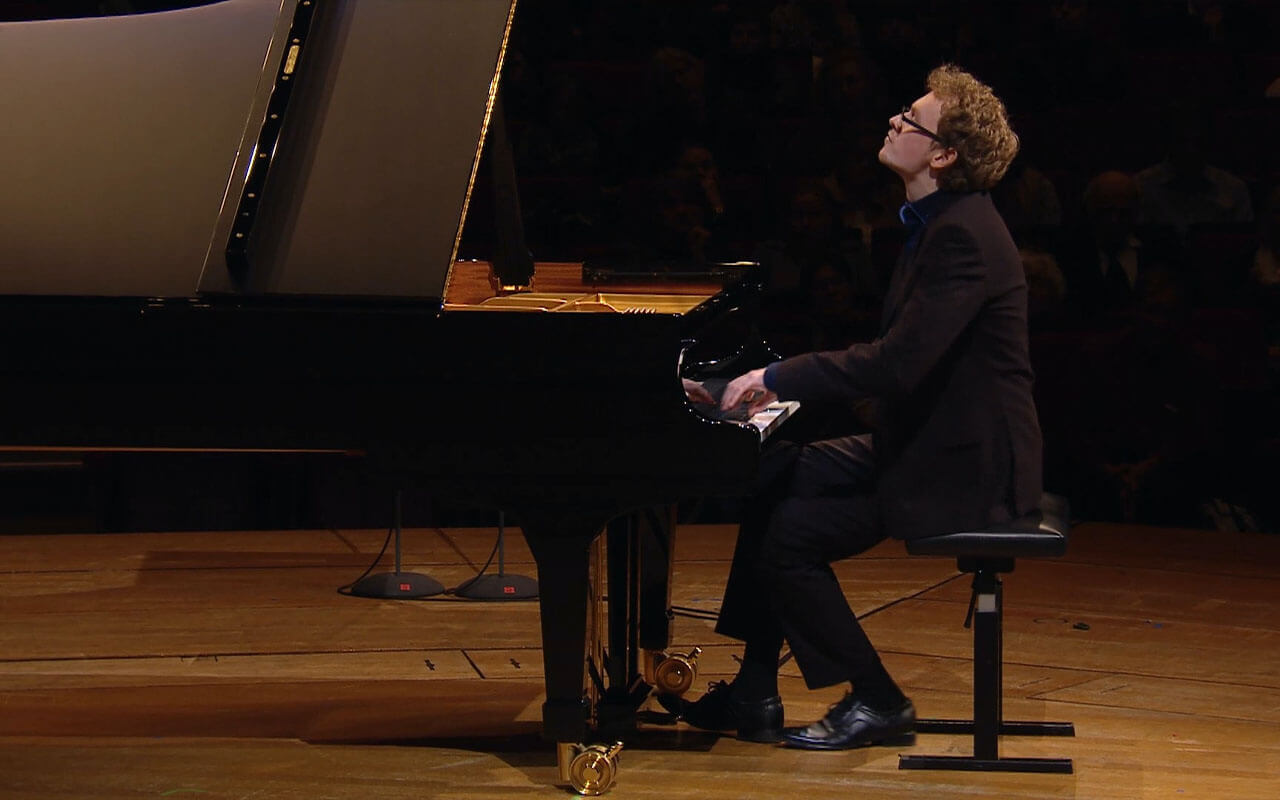 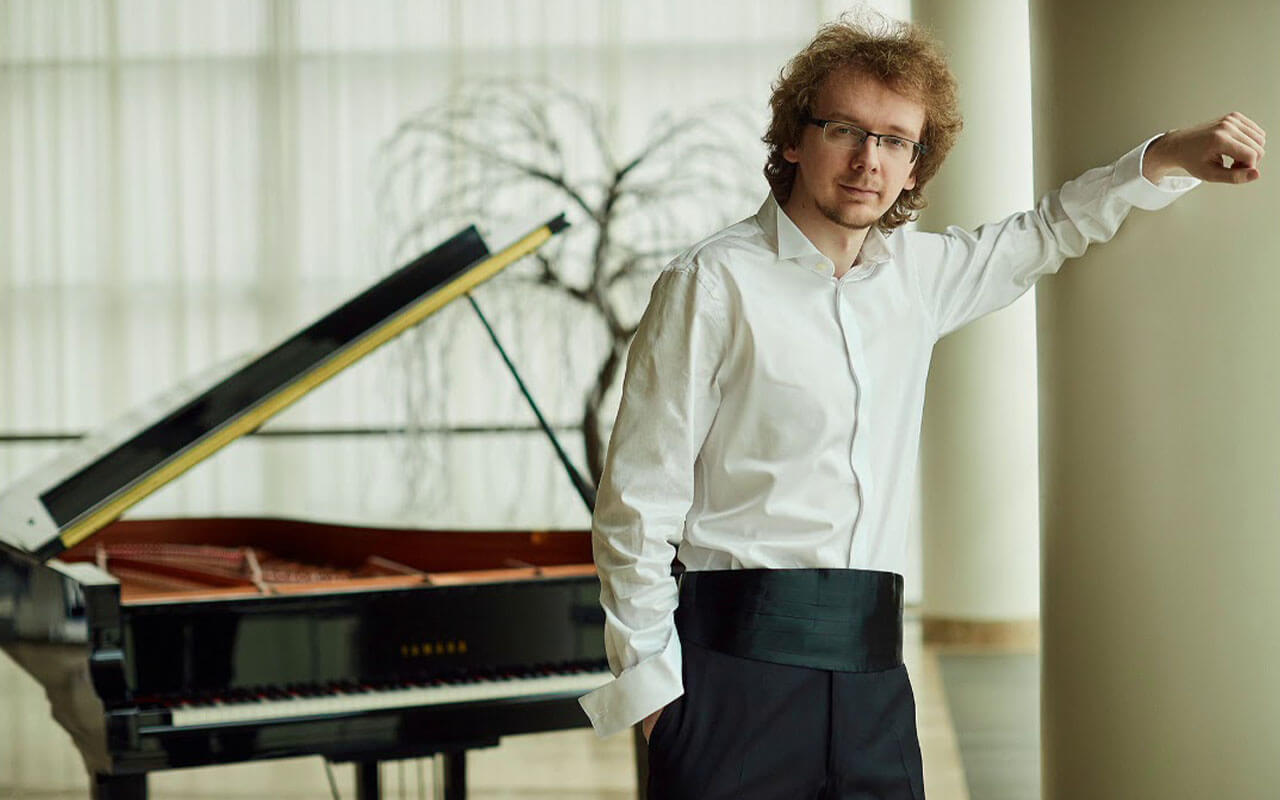 Sergei Redkin was born in 1991 in Krasnoyarsk, Siberia. At the age of six he began studying piano at the Music Lyceum of Krasnoyarsk, in the class of Galina Boguslavskaya, also taking courses early on in improvisation and composition with Eduard Markaich.
In year 2004, after becoming a laureat of the International Gavrilin competition for young composers in Saint Petersburg, Sergei continued his education at the Special Music School of the Saint Petersburg Conservatory, in the piano class of Olga Kurnavina. At that time Sergei won his first several prizes at competitions for young pianists, such as Rachmaninoff competition (Saint Petersburg, 2005, First prize) and Chopin competition (Estonia, 2006, Grand prix). Sergei also played his first solo recitals in Russia and abroad, getting engagements from Germany, Switzerland, Poland.
He continued his composition studies with Alexander Mnatsakanyan, one of the last pupils of Shostakovich. Among Redkin’s works you can find a string quartet, a trio for winds, a lot of music for piano solo. Suite for cello and piano won the First prize at the young composers’ competition in Saint Petersburg in 2007.
In 2008 Sergei was honored to receive the annual Maestro Temirkanov Award as one of the best students of Saint Petersburg Special Music School.
In 2009 Sergei entered the class of prof. Alexander Sandler at the Saint Petersburg state Rimsky-Korsakov Conservatory. He also continued his composition studies there with prof. Mnatsakanyan.
During the year 2011 with the support of St Petersburg House of Music Sergei Redkin trained at the famous International Lake Como Piano Academy in Italy, working with such musicians as William Grant Nabore, Dmitry Bashkirov, Peter Frankl, Fou Ts’ong among others. He won the International Maj Lind Piano Competition in Helsinki in 2012, the Prokofiev Competition in St. Petersburg in 2013, and the bronze medal at the XV International Tchaikovsky Competition in Moscow in 2015.
Valery Gergiev subsequently engaged Sergei for performances with the Mariinsky Orchestra in Paris Philarmonic Hall, Brooklyn Academy of Music in New York, and Auditorio Nacional in Mexico, inviting him as well to take part in the “MPHIL 360” Festival in Munich Philharmonic Hall. He has performed recitals and chamber music concerts not only in Moscow, St. Petersburg, and various other Russian cities but also in Germany, Austria, France, Poland, Finland, Sweden, Switzerland, Belgium, Israel and Portugal.
Sergei graduated the Saint-Petersburg conservatory in 2015, and finished his postgraduation studies there in 2017. From 2017 he becomes an Artist in Residence at the Queen Elisabeth Music Chapel in Belgium in the class of Louis Lortie.
In the 2017-18 season, he made his debuts with the Moscow State Symphony Orchestra and the London Philharmonia Orchestra; went on tour with Valery Gergiev and Mariinsky Orchestra, performing in Auditorio Nacional in Madrid and Bela Bartok Hall in Budapest, among others; he additionally performed at the Bruckner House in Linz, the Ruhr Piano Festival, and the Kissingen Sommer Festival, as well as in Basel and Brussels.
In the 2018-19 season, Sergei performed with Yuri Temirkanov and Saint Petersburg Philharmonic Orchestra in Victoria Hall in Geneva and at the Lucerne Summer Festival; in the Zaryadye Hall in Moscow with Tchaikovsky Symphony Orchestra and Vladimir Fedoseyev; went on his first tours in Japan and UK; he also played his first solo recitals at the Lucerne Piano Festival, Verbier Festival in Switzerland and Nohant Festival in France.
In 2018 Sergei Redkin was awarded the Annual Prize of the Ruhr Klavier Festival in Germany. He was nominated by the composer Philip Glass, conductor Dennis Russell Davies and pianist Maki Namekawa.