Tsinandali Festival is a Georgian non-profit foundation. Our primary focus is on promoting the language of music in the region, crossroads of Europe and Asia.

In order to fulfill its mission, Tsinandali Festival, in collaboration with the Georgian government and generous private donors established the Tsinandali Festival at the historic Tsinandali Estate located in the heart of the Georgian region of Kakheti, known for its internationally awarded wines. The Festival draws some of the greatest performers, conductors, composers, music scholars and artists from around the globe to Tsinandali. The Festival is designed to create rare opportunities for young musicians from the Caucasus and neighboring countries to explore the world of music and advance their musical education through professional seminars and master classes taught by some of the brightest names in today’s classical music. 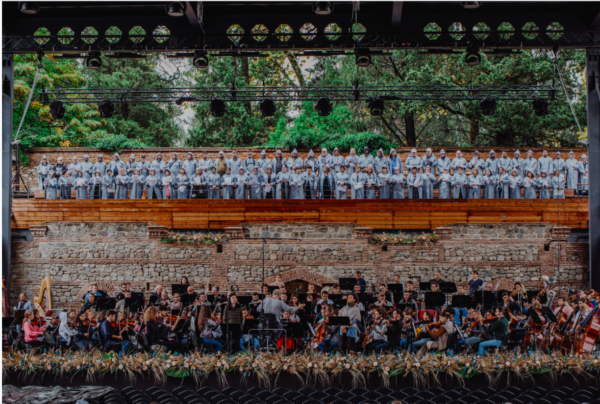 The Tsinandali Festival was launched on the 8th September 2019 with it’s first edition and will be held annually. It will hold concerts for 15 days. 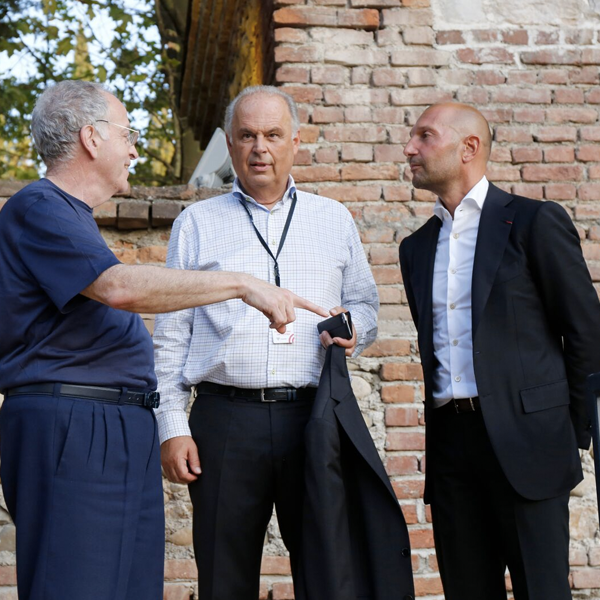 Gianandrea Noseda is one of the world’s most sought-after conductors, equally recognized for his artistry in both the concert hall and opera house. 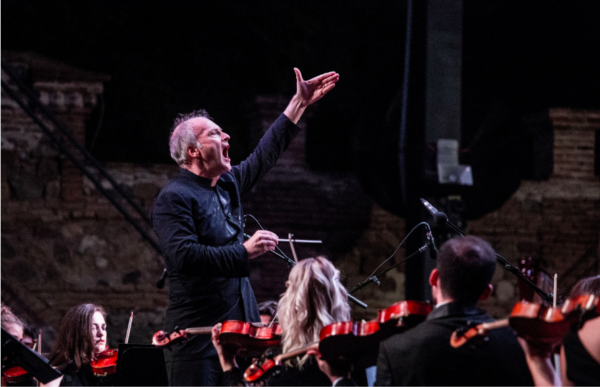 In 2017 the Silk Road Group completed another phase in the long-term development plan of Tsinandali Estate by constructing a new modern-architecture and acoustics open amphitheatre with a retractable roof.
This project was designed by the prominent French architect Xavier Fabre, the founder of Fabre Speller Architects who previously engineered such settings as the new Philharmonic of Paris and the Mariinskii Theatre stage in St. Petersburg. The venue offers a seated capacity of up to 1200 persons and is modular to different events such as concerts, weddings, gala dinners, theatre, opera, the list is endless.

On Sep 14th, 2017, following an invitation by Tsinandali Festival,  the amphitheatre was officially inaugurated by legendary Maestro Zubin Mehta, Khatia Buniatishvili and Israel Philarmonic Orchestra. The amphitheatre will be one of the main festival venues from 2019. 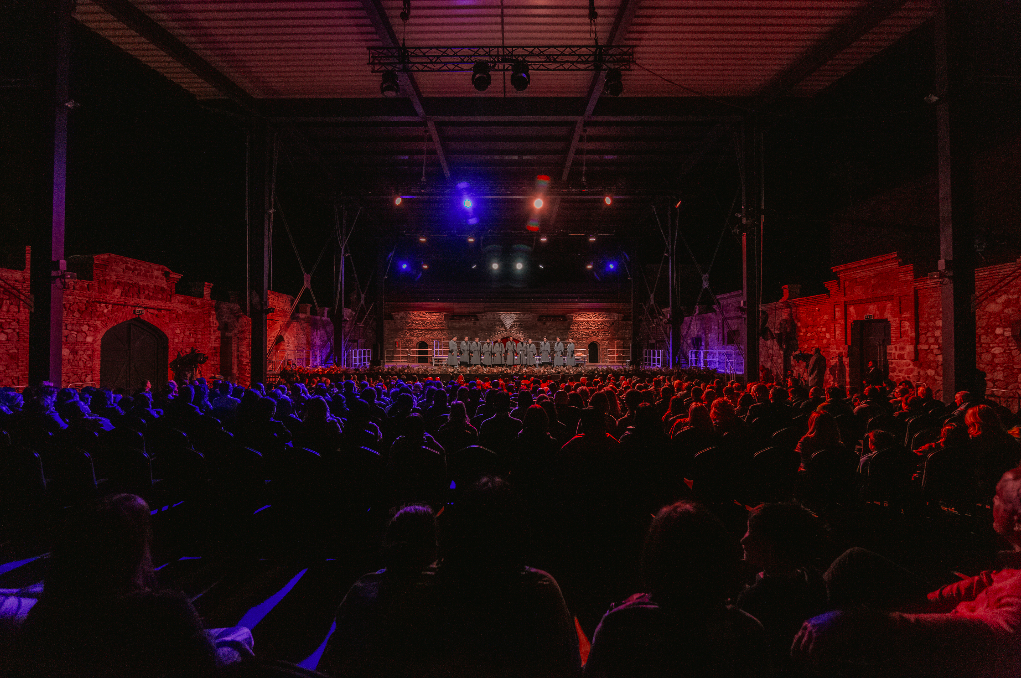 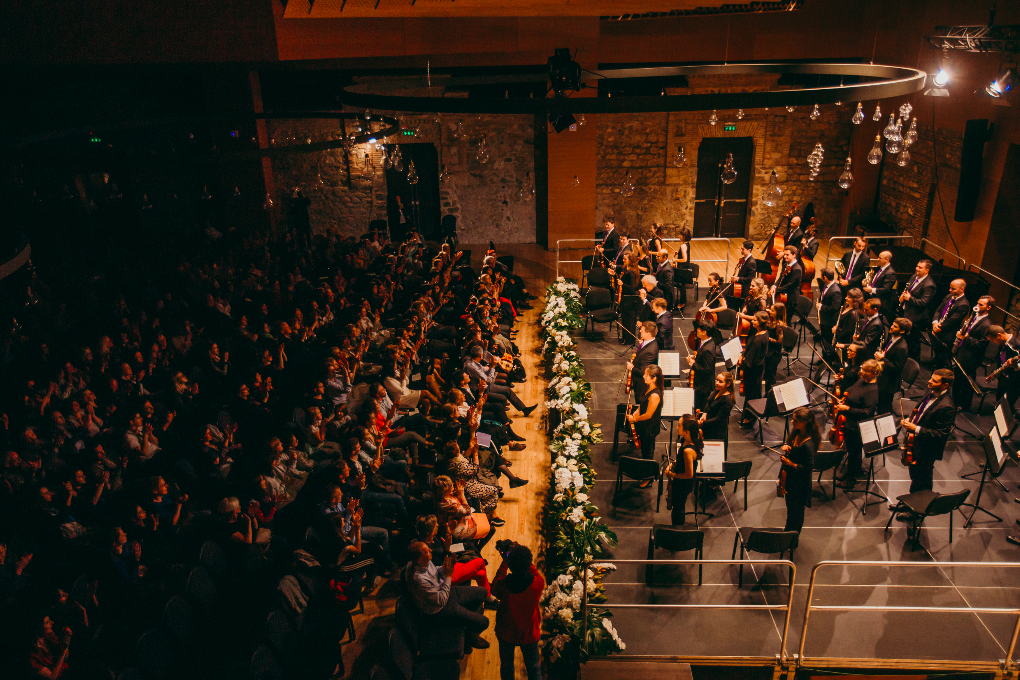 In 2018 Silk Road Group completed the construction of another festival venue in meticulously restored historic buildings of Tsinandali Estate. The new venue – Chamber Concert Hall – offers a seated capacity of up to 600 persons and is modular to different events such as concerts, weddings, gala dinners, etc. On October 27th, 2018 the Chamber Concert Hall was officially inaugurated by the fabulous performance of a trio of young Georgian musicians, Sandro Nebieridze, Lisa Ramishvili, and Ani Tchania. The Chamber Concert Hall will be one of the main festival venues from 2019.

Prince Alexander Chavchavadze’s palace – the unique mix of Georgian and European architectural styles with its first historical appearance back to 1812.

The palace, as well as the whole estate, has undergone several transformations since then: it was burnt, then rebuilt and modified several times while today’s aesthetic comes from 1886th.    Along with the whole territory of Tsinandali Estate the palace has been under the possession of the Chavchavadzes’ family since 1680. In the Soviet era, the palace was transformed into Soviet wine workers guest-house and only in 1946 it was opened as a museum dedicated to Prince Alexander Chavchavadze. During the Soviet period as well as afterward the museum and the whole Estate had difficult times, it was severely damaged and altered and needed serious rehabilitation.

Since 2007, under the patronage and care of the Silk Road Group and with the guidance of the Smithsonian Institute, the museum has been completely reconstructed and rehabilitated. Over 100 exhibits have been restored and more than 500 have been acquired. 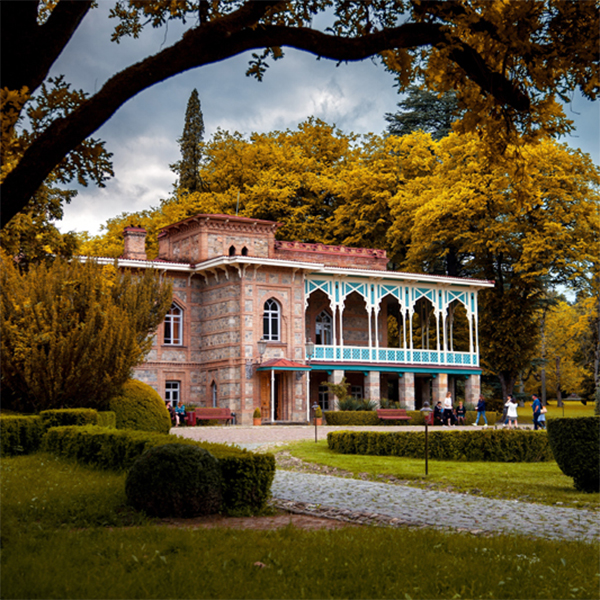 The museum has hosted performances of classical music by Joshua Bell, European Chamber Quartet Ensemble Diderot, Georgian Sinfonietta, and others as well as numerous exhibitions and literary events. The museum will be one of the festival venues from 2019. 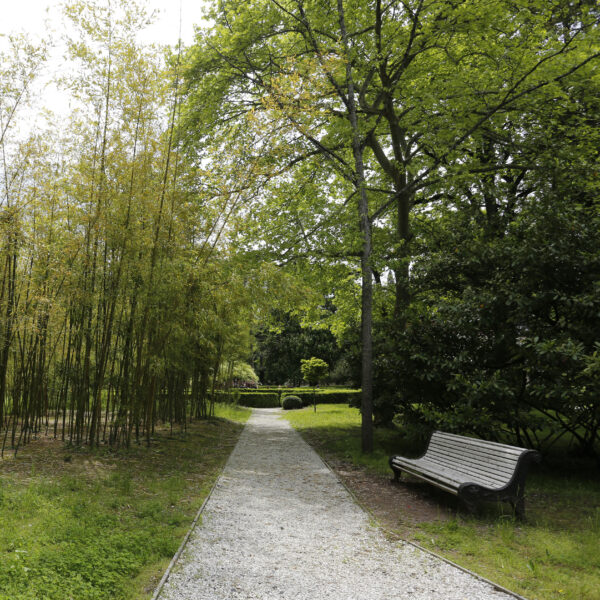 The landscaped garden in Tsinandali Estate is also the first European-type recreation zone in Georgia. It was laid out by landscape architects invited from Europe by Alexander Chavchavadze. The garden is unique for its exotic plants and layout.

Since 2007, under the patronage and care of the Silk Road Group, authentic appearance of the garden has been restored and preserved, based on the recommendations by a famous German landscape designer professor Ludwig Trauzettel.

The garden will be one of the festival venues from 2019.

From July 2019, the Silk Road Group and private investors will provide a new Park Hotel dedicated to the Tsinandali Festival participants during the festival period and hosting any other guests during the rest of the year.

A 3-story building (plus basement) with 70 twin rooms (including 2 handicapped), roof open terraces on the second and third floors and the open-air car park area will be located immediately adjacent to the Tsinandali Estate and will provide accommodation for: the Verbier Festival Chamber Orchestra (VFCO), the Pan-Caucasian Youth Orchestra (PCYO) and Tsinandali Festival Academy (TFA) musicians; also for PCYO coaches and TFA professors.

The basement of the Hotel will have the specifically designed and equipped infrastructure necessary for the festival: practice and rehearsal rooms intended both for individual instrumentalists and musical groups/ensembles; also the library and the canteen. 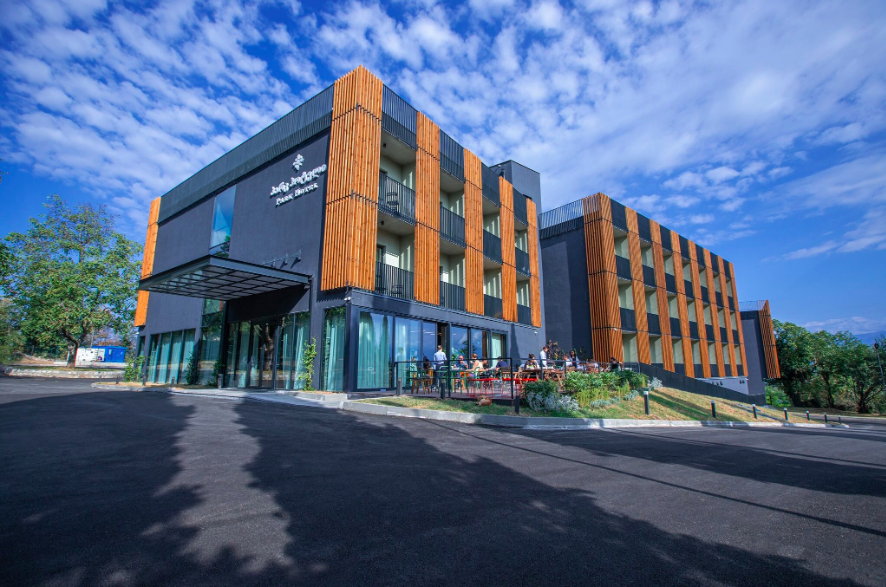 From August 16 to September 23, 2019 the Festival Hotel will be the venue where PCYO and TFA young musicians will be trained and taught by specially invited world leading orchestra coaches and professors, respectively. 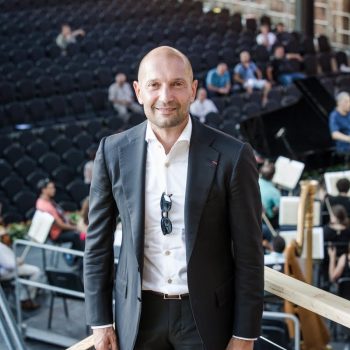 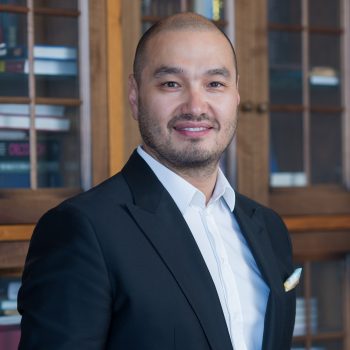 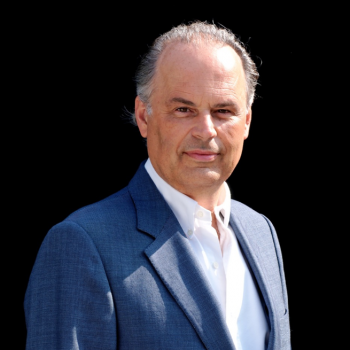 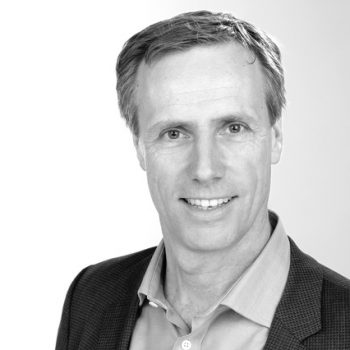 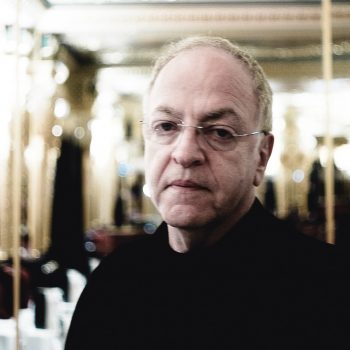 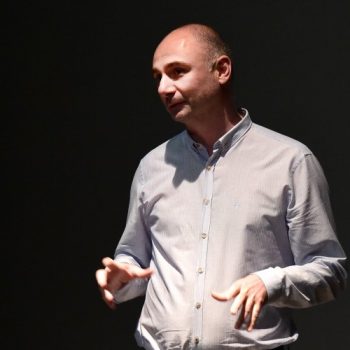 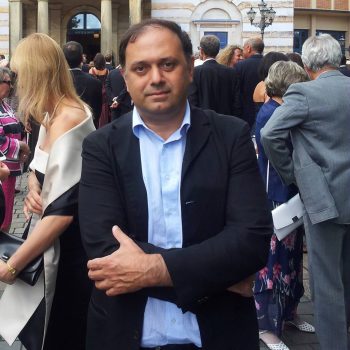