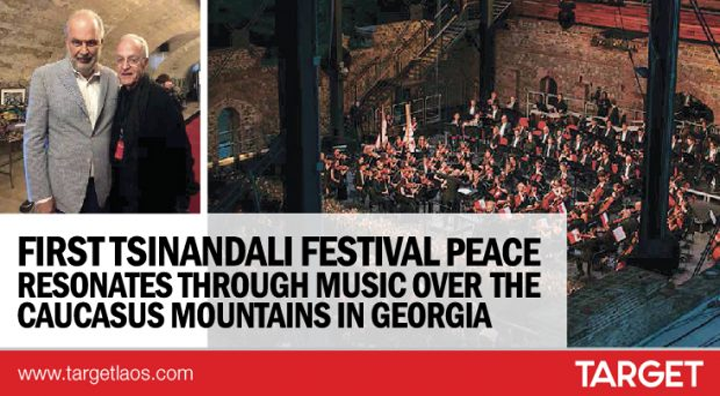 I admired to see how he has continued to believe that modern business forms an integral part of the world’s social and cultural community since our cooperation for  “Dialogue with Emperor Qin: China EU Contemporary Sculpture Exhibition” in 2010.

Today, with his very bright and efficient team, Martin Engstroem and Avi Shoshani —who are the artistic directors and also founders of Tsinandali Festival —, they have  created this top quality, international festival of classical music, which is absolutely innovative and without precedent in Georgia. They have brought together old and young worldclass musicians and conductors, with the experienced Verbier Festival Chamber Orchestra and the Pan-Caucasian Youth Orchestra. The latter was George’s wish, to bring the hope of living in peace to the young generation in Georgia and the neighboring countries. He believes that the most powerful weapon in this region is music. Classical music is anchored in the heart of the people. The Pan Caucasian Youth Orchestra is composed of 80 talented young members (aged 18-28), showcased for the very first time at the Tsinandali Festival. The following countries also support them: Armenia, Azerbaijan, Georgia, Kazakhstan, Turkey, Ukraine …

First of all I want to express our gratitude to the government of Georgia for its support given to the festival, which I think is unprecedented even in comparison with many wealthier states. We hope that this first festival has done its job and that future festivals will do even better. 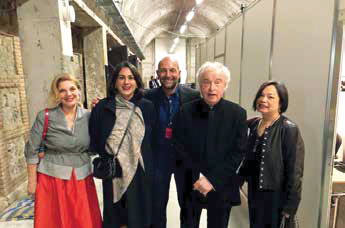 We expect benefits for both Georgiaand Tsinandali, claiming a place on the map as one of the best classical music events. Apart from its cultural and
educational impacts, it will have an indirect economic impact with the growth of tourism, with more people appreciating the beauty of our country, bringing progress and a better life to its inhabitants. There is a real example of this in Verbier from where we took inspiration and we hope to repeat this in Kakheti. If you mean any taxrelated benefits or anything of that sort, there are none.

George Ramishvili is the Founder and Chairman of Silk Road Group. An entrepreneur with over twenty years’ experience, George founded SRG in 1996. Silk Road Group (SRG), a privately held investment company, owned and run by Georgian and European partners, is active in Energy, Transportation, Hospitality, Entertainment, Real Estate and Telecommunications. Every SRG business has been established with the vision that  Georgia is an integral part of the historic Silk Road trading route, the ancient geopolitical axis connecting Asia with Europe, where currents from the East link to those from the West, diverse ideas are exchanged and differences bridged by common values. 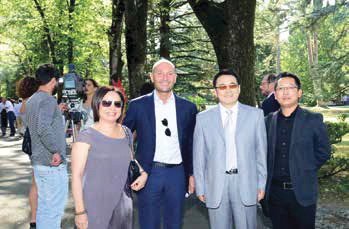 Sargsyan from Armenia Today I live in Yerevan, Armenia, where I study at the music conservatory. I first began violin lessons aged 8, in my city Gyumri. I learnt about the festival from posters put up in the conservatory. When I researched it, I then found more information on the official pages. I was shocked to discover that it was the biggest festival I’d ever heard of. We were to play in a Pan-Caucasian orchestra, in concerts with the most amazing talented soloists in the world, such as Mischa Maisky, Yuja Wang, Lahav Shani, and Denis Kozhukhin. The concerts are conducted by
major conductors (Gianandrea Noseda, Sir Andras Schiff, Gabor Takacs-Nagy, Pinchas Zukerman, Claudio Vandelli …) from all over the world. I came to this orchestra having had very little experience of playing in orchestras but I now feel that I’ve gained huge experience after only 40 days. Dr Pick Keobandith.