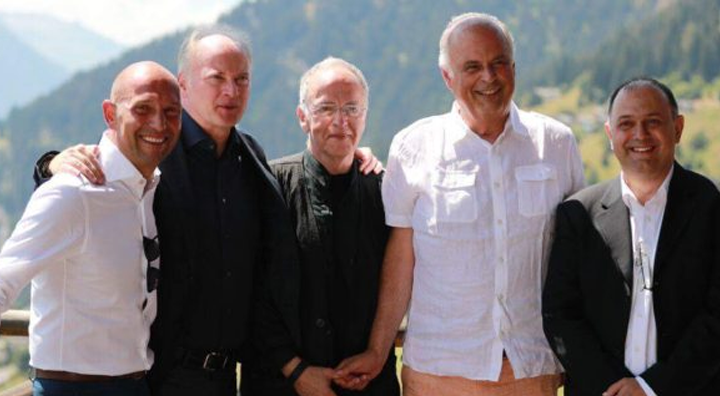 At the Press Event in the stunning Swiss Alps resort of Verbier the founders have announced that the world’s most sought-after conductor, Maestro Gianandrea Noseda, is appointed a Music Director of the upcoming Tsinandali Festival that was founded in Georgia.

The fact has been ratified by the parties here, in Verbier, with Maestro Noseda and the founders of the festival putting their signatures to the agreement to this effect.

Noseda’s appointment will provide young talent participating in the Tsinandali Music Academy, as well as members of Tsinandali’s Pan-Caucasus Youth Orchestra with unique access to his unparalleled knowledge in the world of classical music. His involvement in the Tsinandali Festival will add another powerful voice to Tsinandali Foundation’s noble quest for peace and prosperity in the Caucasus region.

“The belief that music carries the power to unite all human beings, regardless of their provenance, political and religious convictions and social status it has always guided my choices. I have therefore accepted with great enthusiasm the invitation to become music director of the Tsinandali Festival with the idea to form a new generation of music talents selected in the Caucasus region to create the Pan-Caucasian Youth Orchestra: through the passion, the engagement and the sharing of common values that the young will dedicate to reach a high level of quality and art, I am convinced we can – all together – influence the development of a better society based on respect, tolerance, and admission. I am grateful to Avi and Martin for having invited me to take part in this exciting project. “

“Tsinandali Foundation is committed to investing in the bright and peaceful future of the talented young musicians of the region” says the Chairman of the board of the Silk Road Group, George Ramishvili- “Our vision for the Tsinandali Estate from day one, when the Silk Road Group engaged with the project was always to establish a meaningful and sustainable cultural and educational center in Georgia. My friend and partner, Yerkin Tatishev, joined in with the same understanding from the very beginning. The importance of the Language of Music initiative cannot be underestimated, as the Music is the most powerful ambassador for peace, prosperity and for strengthening the cultural and economic ties among the Caucasian nations.”

From September 2019 the Tsinandali Festival, the Pan-Caucasian Youth Orchestra and the Tsinandali Music Academy (convening annually) will find their home at the historic land of the Tsinandali Estate, in the village of Tsinandali of Georgia’s Kakheti region.

The Tsinandali Festival was founded as a result of successful collaboration between the Georgian Government and a private company Silk Road Group. The founders of the festival include Martin Engstroem, the founder of the Verbier Festival, Avi Shoshani, Secretary General of the Israel Philharmonic Orchestra and the owners of the Silk Road Group George Ramishvili, Alex Topuria and David Borger. David Sakvarelidze is a Director General of the Festival.

“Myself and my partner in the Verbier Festival, Martin Engstroem are ready to share decades of our lifetime experience in music world with Tsinandali Festival and support its visionary founder, George Ramishvili who has dedicated years and substantial funds to change young people’s lives for better by transforming the historic Tsinandali Estate into a global destination of peace, educational and cultural center of the Caucasus where the Pan-Caucasian Youth Orchestra will flourish for years to come and the language of music will be the guiding principle of humanity for everyone visiting Tsinandali.

I’m humbled to say that in the last 25 years Verbier Festival made its meaningful contribution to the development of classical music industry by acting as a highly viable platform for the young talent to interact with some of the today’s stars which allows young musicians to learn from the best and for the brightest classical music stars to have an opportunity to share their lifetime experience with the youth, first hand.

I am committed to assisting Tsinandali Foundation and newly appointed superstar conductor, Maestro Gianandrea Noseda in building Tsinandali Festival and Pan-Caucasian Youth Orchestra into a symbol of peace and prosperity through music in the beautiful Caucasus. “