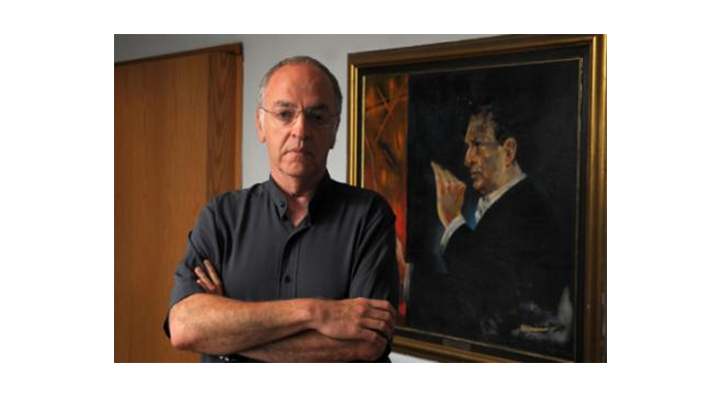 Tsinandali Festival: a symbol of unity in a divided region

A music festival drawing together talent from around the Caucasus region is not the first thing you might expect. The entire region, nestled between between Iran, Turkey and Russia, is a microcosm of broader political tensions and its constituent nations are mostly on frosty terms. But that is not deterring the organisers of a new music festival celebrating transnational unity in the Caucasus, which will be launched on 8th September. 15 days of music-making in Tsinandali, Georgia will feature performancesfrom the likes of the Verbier Festival Orchestra, András Schiff, Yuja Wang, Lisa Batiashvili, Fazil Say, Mischa Maisky, Renaud Capuçon and mandolin player Avi Avital to name just a few. Spearheading the project is the Pan-Caucasian Youth Orchestra (PCYO) – a new ensemble featuring young musicians handpicked from Georgia, Armenia, Azerbaijan, Kazakhstan, Turkey and Ukraine – as well as various initiatives taking place at the specially created Tsinandali Festival Academy (TSA). In case that wasn’t enough, Gianandrea Noseda will be a heavy presence in his new capacity as music director of the PCYO.

Such luxury programming did not come out of nowhere. Avi Shoshani and Martin Engstroem, joint founders of the Verbier Festival, who have been signed up to look after the artistic direction, and David Sakvarelidze, who has been appointed as the Festival’s General Director, have brought with them a wealth of connections and knowhow. The Pan-Caucasian Youth Orchestra is a clear descendent of the Verbier Festival Orchestra. Like Daniel Baremboim’s West-Eastern Divan Orchestra or the Aix Festival’s Mediterranean Youth Orchestra, it will provide a forum for intercultural dialogue, acting as a metaphor for the power of divided communities to work together meaningfully. As Shoshani tells me by phone: “Me and Martin are experienced. We know what music is and power is, and how to unlock its potential”.

For Shoshani, the long-standing Secretary General of the Israel Philharmonic, it is a project with special appeal. “I am from Tel Aviv and Israel has been through so many wars. Each time that happens you see people want to hold onto culture as a form of humanitarianism,” he tells me. “In the last Gulf War it was difficult for orchestras to play in Israel. There were strict regulations and concerts were put on in the afternoon in places that people thought would provide enough shelter. These places were packed to the rafters with people meeting for two hours to listen to music. It was an experience that made them optimistic and gave them hope”.

But the initial impulse to create the Tsinandali Festival came not from Shoshani or Engstroem but from George Ramishvili, founder and General Director of private investment group Silk Road. He got Yerkin Tatishev, the Kazakhstani founder and chairman of the Singapore-based investor Kusto Group, on board, and convinced the government to contribute additional funds for at least five years. Luckily, he didn’t have to search far for a venue. Ramishvili felt that the 200-year-old Tsinandali Estate, the former residence of the poet Prince Alexander Chavchavadze that is now owned by Silk Road, would make the ideal location for the festival.

A $12m investment has seen Chavchavadze’s palace (turned into a museum by the Soviet regime) renovated, a new hotel built and the ancient gardens and vineyards restored (it was on the estate that the first wine production in Georgia took place). A new 1,200-seat amphitheatre, which boasts a retractable roof and fine acoustics, was already being constructed by the time Shoshani and Engstroem first visited two years ago. At their request, a second chamber music hall and a new festival hotel, which will provide the Festival Chamber Orchestra, the Pan-Caucasian Youth Orchestra and Tsinandali Festival Academy with accommodation and rehearsal spaces, were added to the complex.

When first introduced to Ramishvili in Verbier, Shoshani and Engstroem were impressed by his sense of mission. “We could immediately identify that he really cared about this, so we thought: let’s see this place. Let’s see whether it can be an inspiration”. And Shoshani liked what he saw. “The location is ideal. It’s a place of real beauty, right next to the mountains and surrounded by stunning nature and archaeology,” he tells me. What is he most looking forward to in Tsinandali? “The local produce,” he says. “I’ve got friends who are coming just to sample the wine. But I’ll make sure they also catch some concerts while they are there.”

At the Festival Academy, which is being managed by Christian Thompson, the former director of the Verbier Festival Academy, 22 musicians aged 18-28 will receive 15 days of training from tutors brought in from Verbier. Of the 6 weeks during which the PCYO will be in town, the first 3 will be dedicated to training. But it will not be all hard work. “We want these kids to socialise,” Shoshani tells me. “They need to develop a network with one another, because it is through networks that musicians make their way in the world. Most importantly, we want them to develop a better understanding of each other, to develop new friendships.”

They will be stretched musically. The PCYO’s programmes have been devised around a core of weighty, challenging works, with Mahler’s “Resurrection Symphony” (conducted by Gianandrea Noseda), Sibelius’ 2 (Jukka-Pekka Saraste), Shostakovich’s Symphony no. 9 (Omer Meir Wellber) and Brahms’ 2 (Lahav Shani) being just some of the big-hitters on the programme. “Our duty is to expose [the players] to music that allows them to reach the highest standards,” Shoshani explains.

How important was it to get Noseda on board? “I’m thrilled, and so is he. When we presented our idea to him he hardly even let me finish the sentence. He’s a serious musician and such a serious thinker. I couldn’t have asked for better.” Why not? “Because I have seen him a lot in action with youngsters. He knows how to open doors for them, and to set them high standards. Kids that work with Noseda come out knowing how to analyse a score better and how to get the best out of the instrument”.

Further to the PCYO, the Verbier Festival Orchestra will be conducted in 5 concerts by ex-music director Gabor Takács-Nagy including a selection of Mozart arias with Thomas Hampson. A further VFO concert will feature András Schiff both as pianist and conductor. Another key thread is solo recitals: in addition to concerts from Wang, Maisky and Batiashvili, a performance from 18-year-old Georgian pianist Sandro Nebieridze is bound to interest the talent scouts.

“Georgia is not a cultural desert but a nation that appreciates classical music and knows a lot about it,” Shoshani says. It therefore seems appropriate the nation’s rich tradition of Western classical music will also be celebrated, with performances from the Georgian State Academic Ensemble and Georgian National Ballet in store. But Shoshani’s vision extends beyond borders. “This vase of music should be transplanted everywhere. We want people to feel affected and united by the international language of music in a way that can provide opportunities and cultivate individuals,” he says.

In the end, though, the festival, for Shoshani, is also about simple pleasures. “As maestro Mehta says, if when we leave we see a smile on the faces of the audience we can feel satisfied. That’s really what it is all about.”

Click here to see all the events of the Tsinandali Festival.