Georgian theatre and opera director, arts manager and composer, David Sakvarelidze is internationally recognised for his innovative productions and for transforming the cultural life of Georgia.

After graduating from the Tbilisi Theatrical University, Sakvarelidze studied with Giorgio Strehler and Luca Ronconi in Milan; Peter Brook at the Royal National Theatre Studio in London; at the Tisch School of the Arts in New York and with Jennifer Tipton at Yale University.

Emerging on the international opera and theatre scene after Georgia’s independence, Sakvarelidze became the predominant figure in Georgian theatre during this period. Quickly establishing a reputation for championing contemporary writing, he founded the Caucasian Theatre/Lab to develop new writers. Sakvarelidze is credited with the emergence of a distinctive new creative language in Georgian theatre that became identified with the generation emerging in the newly independent Georgia.

One of Georgia’s most influential newspapers, Tbilisi, wrote of Sakvarelidze at this time “Dear readers, the future of Georgian theatre has been found.” This attention led to further invitations to direct across Georgia resulting in such acclaimed productions as Goldoni’s Marriage by Contest for Georgian Youth Theatre; Hanoch Levin’s Mouth Open for the Rustaveli State Theatre which won two Union of Theatre Worker’s Awards for Best Director and Best Performance of the year and Lysistrata which won three of Georgia’s most important theatrical awards the Duruji’s.

Opera has always been central to Sakvarelidze’s career and he was the first person to bring early music to Georgia with his Euridice by Peri and Rinuccini. Productions of Mascagni’s Cavalleria Rusticana and numerous productions for the Georgian State Conservatoire followed.

During this period Sakvarelidze always composed, primarily for theatre productions, and through the popularity of these compositions he became a popular figure across Georgia.

His work in Georgia attracted international attention with the Times of London anointing him “At 28…already the godfather of an emerging generation of artists.” Such attention led to invitations to work at English National Opera in London; at the New York Theatre Workshop, where he directed Pinkowski’s Mint Juleps as part of his residency, and at Milan’s Piccolo Teatro Di Milano.

While in Milan he wrote a thesis on the future of theatre and opera in Georgia and the need to implement new working methods that would banish the old Soviet style of management and training. His advocating that only by adopting such contemporary practices could culture be improved in Georgia was sent by the Italian Ambassador in Georgia to members of the Georgian government who enthusiastically endorsed his proposals and appointed him general director of Tbilisi State Opera and Ballet Theatre. Productions of great operas such as La Traviata, Rigoletto and Tosca were mixed with productions of lesser known works such as Mozart’s Mitridate Re di Ponto and Verdi’s Attila.

In 2017, Sakvarelidze founded the Tsinandali Festival that instantly became one of the world’s leading music festivals. In his role as general director he was instrumental in founding the Pan Caucasian Youth Orchestra that brings young musicians from across the Caucasian region together. Such work developing the talents of young musicians and actors from challenging places is also exemplified by his work as artistic director of the Sokhumi State Drama Theatre which consists of refugees.

Sakvarelidze is president of the Georgian National Center of the UNESCO International Theatre Institute. His awards include the Georgian Presidential Order of Excellence. 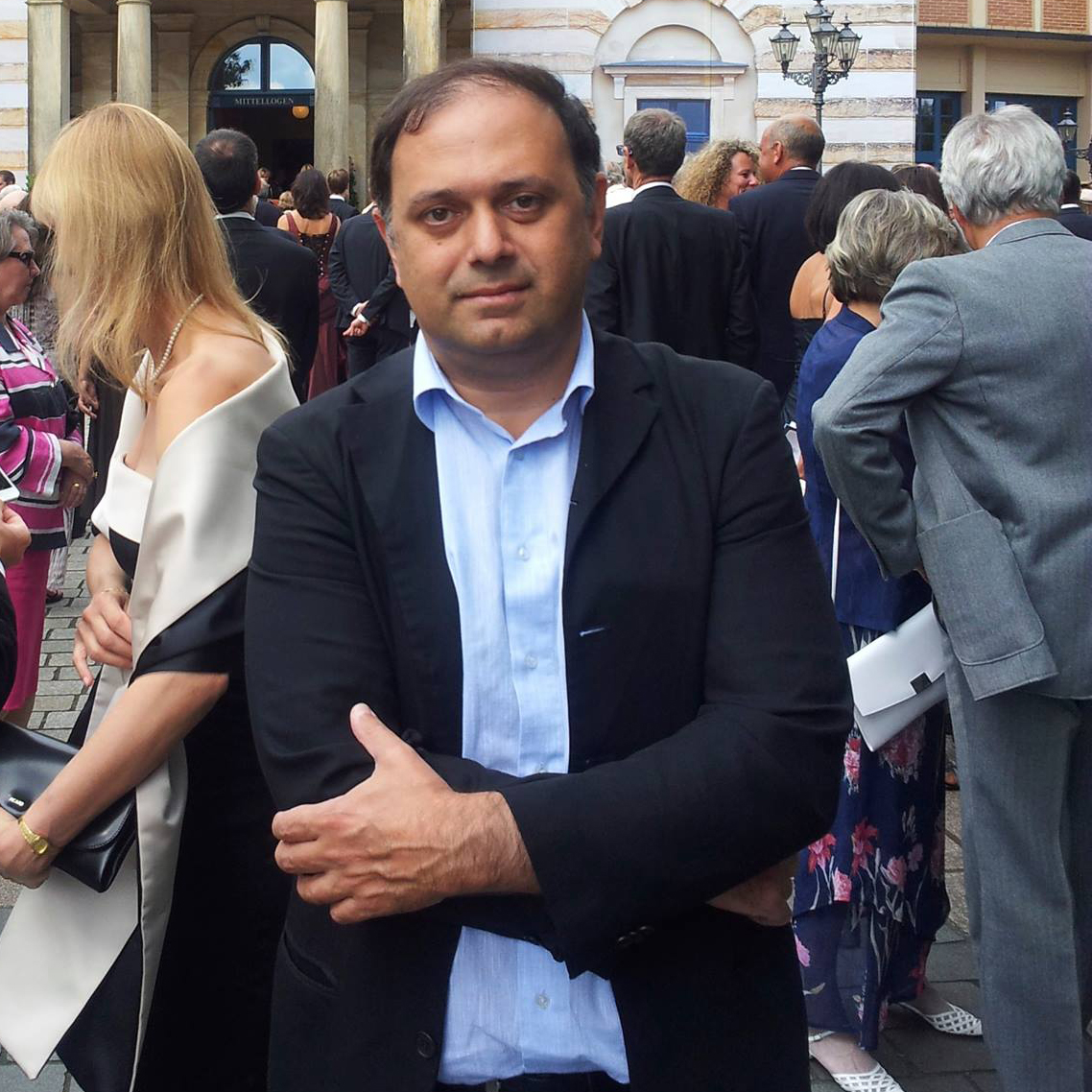 Among His Opera Works Are: Jacopo Peri’s “Euridice”, Pietro Mascagni’s, “Cavalleria Rusticana, Giuseppe Verdi’s “Aida”, “Rigoletto”, “Attila”, “Traviatta”, Donizetti’s “Lucia Di Lamermoor”, Mozart’s “Mitridate Re Di Ponto”, Gogi Chlaidze’s “Misfortune Of Darispan”. He Has Created Music For 30 Theatrical Plays And Feature Films And Staged More Than 25 Performances And Over 30 Shows. From 2004 To 2013 David Sakvarelidze Was Director Of The Tbilisi Opera And Ballet State Theatre. From 2014 He Has Been Artistic Director Of Sukhumi Konstantine Gamsakhurdia State Drama Theatre. Now He Is General Director Of “Tsinandali Festival” And President Of UNESCO ITI Georgian Center.