A new orchestra seeks harmony in the Caucasus 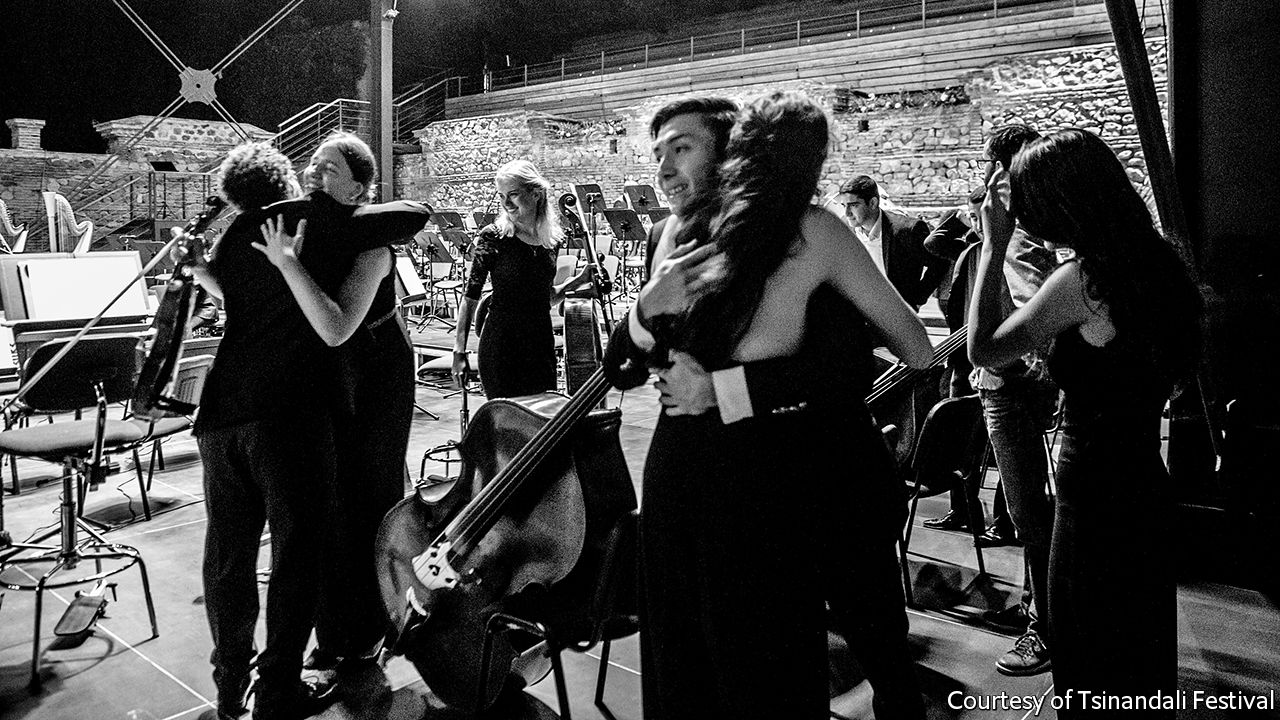 When Diana Sargsyan sat down next to Rashid Aliyev for her first rehearsal with the Pan-Caucasian Youth Orchestra (PCYO), her fellow violinist’s greeting shook her. “We are going to hate each other,” he predicted. “We are enemies.” It was an inauspicious start for the “peace” orchestra created for the inaugural Tsinandali Festival, an ambitious music event held last month on a winemaking estate in leafy eastern Georgia. Or so it seemed.

Ms Sargsyan is Armenian; Mr Aliyev is from Azerbaijan. Their countries have quarrelled over the disputed territory of Nagorno-Karabakh since a war in the early 1990s. Their fellow musicians included Gulin Atakli, an oboist from Turkey—which, as well as being Azerbaijan’s ally, is embroiled in a row over whether the mass killing of ethnic Armenians in 1915 constituted a genocide. In a performance of Shostakovich’s 9th Symphony, the strings were led by a Ukrainian violinist, Galina Korinets—whose country was invaded in 2014 by Russia, where Vera Nebylova, one of the PCYO’s cellists, plays in the national youth orchestra. Russia also occupies two enclaves in Georgia, where Eliso Babuadze, another cellist, studies at the Tbilisi conservatoire.